India said Monday it was blocking TikTok and 59 other foreign apps , citing concerns the Chinese app is "stealing" user data as India clashes with China over a disputed border between the two countries. 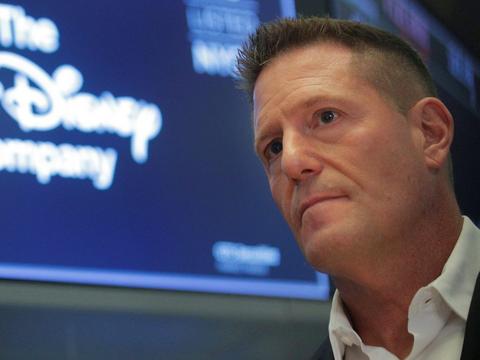 The viral video-sharing app TikTok is facing a ban in one of its biggest global markets just a month into its new CEO's tenure.

The Indian government said on Monday that it had banned access to TikTok, which is owned by the Chinese company ByteDance, along with dozens of other Chinese apps as tensions escalate between the two countries amid a violent border dispute .

India's ban on TikTok is the first big challenge Kevin Mayer is facing as the company's CEO, a position he stepped into June 1 . Mayer, who previously led Disney's streaming services, is now tasked with steering the business as it handles the potential loss of a userbase in India surpassing more than a half-million downloads.

TikTok's India operations head said in a statement that the company is "in the process" of complying with India's ban and organizing meetings with Indian government stakeholders. Mayer, who oversees TikTok's global operations, addressed the around 2,000 employees working out of TikTok's India offices on Tuesday, local news outlet Business Today reported.

TikTok did not respond to Business Insider's request for comment about Mayer's meeting with TikTok India employees.

TikTok surpassed two billion all-time global downloads in May, leading the platform to set a record for the most downloads any app has ever had in a single quarter. Since TikTok was introduced to international markets in 2017, the app has seen nearly 660 million installs in India, according to data that app analytics firm Sensor Tower provided to Business Insider.

The loss of India's massive market could be a blow to TikTok and its parent company, ByteDance. ByteDance reported $5.6 billion in revenue in the first three months of 2020, representing a 130% grown in revenue year-over-year. Outlets have previously reported ByteDance is considering plans to go public on the Hong Kong stock exchange, an IPO analysts have valued between $150 billion and $180 billion.

Mayer faces the task of mitigating the drastic loss in growth TikTok could face if its ban in the Indian market continues. To date, India comprises nearly 30% of all downloads across the App Store and Google Play, according to Sensor Tower. Sensor Tower anticipates that if the ban in India were to remain in effect for the remainder of 2020, TikTok could lose more than 100 million new downloads.

In its announcement of the ban, Indian authorities say they've received "many complaints" about apps accused of "stealing and surreptitiously transmitting users' data in an unauthorized manner to servers which have locations outside India."

Concerns over the safety and security of user data have long plagued TikTok, particularly in the US. TikTok's ties to China through its parent company, ByteDance have earned the app intense scrutiny from US lawmakers and national security officials, who have major concerns over the risks it poses to cybersecurity and user privacy , as well as its influence over censoring content.

The addition of Mayer, who is based in TikTok's Los Angeles offices, could be helpful in assuaging those concerns.

This isn't the first time India has banned TikTok. India temporarily banned the app in April 2019 over concerns it encouraged pornography and exposed children to predators. Earlier this year, millions of Indians called for a ban of TikTok after videos went viral promoting violence against women.

India's most recent ban of TikTok comes as tensions with China have escalated over disputed territory on the two countries' border. At least 20 India soldiers were killed in June in the clash, and recent satellite images show military buildup nearby from both countries.