Top companies are pulling their advertisements from Facebook over allegations that the tech giant isn't doing enough to stop the spread of hate on its platform. 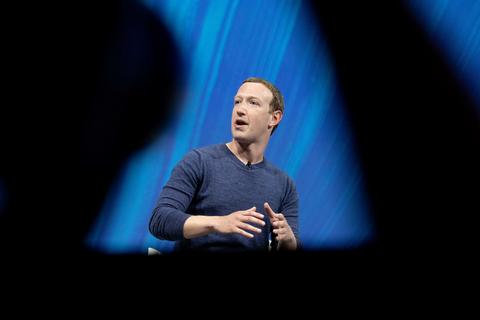 In the past week, brands ranging from Coca Cola to Starbucks to Unilever have pulled their ads from Facebook in protest of what they say is the company's failure to stop the spread of hate on its platform. That's come with a heavy pricetag for Mark Zuckerberg, with a quick $8 billion drop in the CEO's net worth as of this writing.

Those brand-level moves, along with the public commitments to make organizations more diverse and inclusive in hiring and up through the director and executive level , show that the summer of 2020 is bearing witness to a reckoning with racism that appears to be producing and effecting material business outcomes.

And yet: Racism and racial violence have existed in America since before the country was founded. There have been dozens of killings of Black people in recent years that caused national outrage and discussion. Americans can say the names of Trayvon Martin, Eric Garner, Akai Gurley, Michael Brown, and Freddie Gray among countless others .

This prompts an essential question: What's different about now? Why are America's top companies being more transparently progressive in terms of racial equity? The industry watchers Business Insider spoke with outlined a constellation of factors that are syncing up all at once, from public health to demographic shifts.

Read on to find out what they are.

The pandemic reveals histories of economic and racial injustice

The coronavirus exposed massive inequality in the US in such a stark way that leaders couldn't turn a blind eye, says Dov Seidman, founder and chairman of leadership think tank The HOW Institute for Society, and LRN, a firm that advises companies on how to improve corporate culture.

"What began as a global health crisis became a humanitarian crisis, and then it quickly exploded into an unemployment and an economic crisis. But it also became a moral crisis," Seidman told Business Insider. We were all forced to deal with profound dilemmas: "How do we balance lives and livelihoods?" he asked. "Who's impacted disproportionately and how?"

Business leaders, some of whom had to make the decision themselves to lay people off, couldn't help but notice these inequalities, he said.

The pandemic has remade our information diet.

While socially isolating to stop the spread of the coronavirus, everyone had more time to tune into the news, said diversity strategist and author Lenora Billings-Harris. "We have been perhaps paying more attention to the media than we would on a normal day. So we're all seeing more," she said. "Because of that, seeing the horrific murder of George Floyd, people could not ignore that that happened. So leaders could not pretend everything was just as it always had been. Leaders were horrified by it just as everyone else was."

Leaders could not pretend everything was just as it always had been.

Robin Ely, a professor of business at Harvard Business School who focuses on DEI, agreed it was the influence of business executives watching more news that propelled change, along with the swift organizing of the Black Lives Matter movement and the spread of information on social media.

When asked why it wasn't the death of Trayvon Martin, Eric Garner, or the countless other Black Americans killed that sparked such change, Ely said that George Floyd's killing "was the straw that broke the camel's back."

People had been witnessing the brutal killings of Black Americans for years, and George Floyd's killing was a tipping point, she said.

There are more Gen Zers and millennials who work in today's corporate world, and they're more diverse than previous generations.

Millennials are the largest generation in the US labor force. By 2030, Gen Z and millennials combined will make up over 65% of the workforce , Deloitte research predicts.

And they're much more diversity-oriented than older cohorts: 2019 data shows that more than 60% of Gen Zers see diversity as good for society , about the same as millennials. Fifty-two percent of Gen X agreed, compared to 48% of boomers, and 42% of the silent generation.

But more recent data shows great progressivism: A full 90% of Gen Zers supports the Black Lives Matter movement. Across all ages and races, 67% of Americans support the movement, according to Pew.

These social attitudes create incentives for employer brand and employee engagement: Billings-Harris, who works with CEOs to make their corporate cultures inclusive, said these demographic changes are already having big impacts in the C-suite.

More employees are speaking out about issues that are important to them, and putting pressure on leadership to take a stand.

A recent survey released by The HOW Institute for Society found that 86% of American workers agree that leaders need to lead in a way that is best for society, especially now. The new report, The State of Moral Leadership in Business 2020, collected responses from 2,305 employees, managers, and executives across all industries.

Black employees in particular are turning to their managers for answers, Ely and Billings-Harris noted.

"I think the Black Lives Matters protests emboldened Black employees to speak their truth, and it's been increasingly hard for their white leadership not to listen," Ely said.

People care about what brands stand for, and they vote with their cash.

To appeal to consumers, especially young consumers who hold a lot of financial leverage, it's not enough for companies to stay silent.

"Consumers vote with their dollars more so now than ever before

Gen Z has spending power of $143 billion and will account for about 40% of global consumers this year alone, Business Insider's Dominic-Madori Davis reported, so it's strategic for brands to position themselves accordingly.

This is a pattern Business Insider observed when Nike ran ads with Colin Kaepernick, the NFL quarterback who refused to stand during the National Anthem over police treatment of Black Americans. "Think about who companies most want to advertise to: people who have a lot of disposable income and aren't too old," columnist Josh Barro wrote . "Appealing to senior citizens is a good way to win an election, but it's not a good way to sell most consumer products and services."

Still, Ely cautioned that there's something more intangible than pure profits at play.

"It seems to me like there really is a kind of collective crisis of conscience. I don't think that it's being driven by some sense of profit for firms to be paying attention to diversity," Ely told Business Insider.

Regardless of the extent to which money plays a role, the experts we spoke with agreed that now is a moment that shouldn't be wasted.

"For corporate leaders to truly make a difference, they must be willing to hold their executives accountable. That's always been the hard part of diversity and inclusion in the workplace," Billings-Harris said.

"If they're willing to hold them accountable, I believe in five years from now, we'll be able to see some real change."