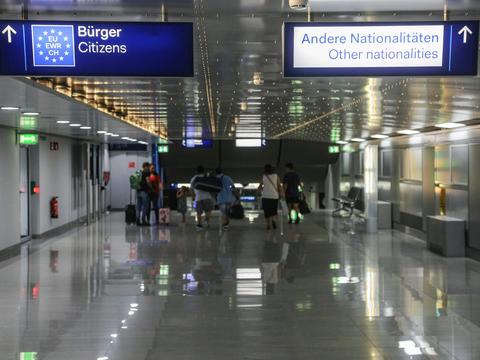 European Union officials finalized and published a list of 15 countries whose residents will be allowed to visit when it reopens its borders on Wednesday.

The United States is not included, effectively banning Americans from visiting much of Europe for the foreseeable future.

The US is among dozens of countries deemed too risky because their coronavirus outbreaks are poorly contained.

Although the list is based on objective epidemiological criteria, according to European officials, the exclusion of the United States nevertheless represents a major blow to America's image on the global stage and undermines the Trump administration's claims that the US outbreak is under control.

The US has recorded more than 2.5 million coronavirus cases and 126,000 deaths, more than any other country.

This is a developing story. Check back for updates.

Aggressive seaweed smothers one of world’s most remote reefs