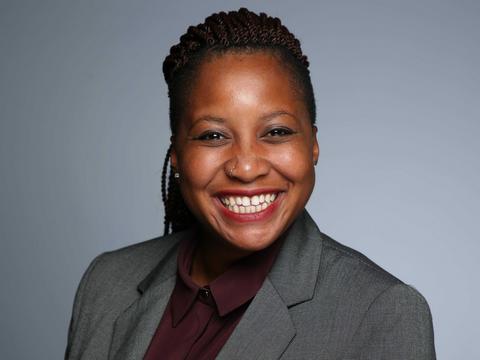 I would like to say I have some money-saving secret to share, or that there's some universal insight I discovered about how to generate wealth. But the truth is, I don't. The reason why I have $20,000 today is because the system is rigged.

I was in debt before I got lucky

My savings story is really more of a debt story and a luck story. It began a couple years ago, when I finished my bachelor's degree and went straight to graduate school for a PhD.

Doctoral students have their tuition paid for and receive a graduate stipend, which seems like a good deal until you realize that graduate student labor is exploited so that large universities can function.

At many big, state schools, the actual work of educating undergraduate students is farmed out to graduate students, not full-time professors. I received an annual stipend of $17,000 for my labor, and I hovered just above the poverty line. Whenever I had to move for a new job, requiring first and last months' rent and a security deposit, I accrued more and more credit card debt .

In 2016, I started working at a job that paid $34,000. This was a massive improvement since I was making twice as much as I did before, and I was comfortable, but I still lived paycheck to paycheck. That job required all employees to have a retirement account , so by the time I left my position, I had $8,000 that I didn't pay attention to. I stopped contributing to the retirement account when it was no longer mandatory and let it collect dust.

I accepted my current position as a visiting professor in 2018 for my highest salary yet of $55,000. But my credit card debt was at its highest levels as well, reaching over $11,000. I felt under water. I was embarrassed and tried to triage, but it felt like no matter how much I paid each month, I still couldn't make a dent in my total debt. I was torn between trying to save money and trying to pay down my credit cards. I couldn't successfully do both at the same time.

Over a few months, I managed to save $3,000, so I bought $2,000 in stocks hoping that it would grow. It didn't. I ended up losing $500 on my first attempt at investing . Then, in 2019, I had a major injury that resulted in me using my credit cards to pay for doctors' appointments, physical therapy, Lyfts to and from work, and takeout to be delivered because I physically couldn't stand up to cook for myself. Like many other Americans, even with health insurance , this injury simultaneously depleted my savings and caused my credit card debt to skyrocket.

That's when I decided that something had to change: 2020 hadto be different.

So, in December of 2019, I made up my mind to empty my retirement account once January began. That way I could delay paying the retirement withdrawal tax penalty until Tax Day in 2021. I put around $7,000 towards my debt and $1,000 towards savings. I sold my stocks at a loss and withdrew $1,500. I stopped using my credit cards, started putting $500 into my savings each month, and saved my $1,200 tax refund.

And then I started entertaining the idea of buying a house.

Buying a home was a way to build wealth

Homeownership is one of the bedrocks of building wealth in the US and like so many other avenues to financial security in the United States, this path was long explicitly foreclosed to Black people . As a young Black woman, the idea of owning a housemeantsomething to me.

As I longingly browsed Zillow in preparation for an upcoming move, I found brand-new, three-bedroom, two-bathroom houses that started at $189,000 in the Shenandoah Valley region of Virginia. Many of the existing homes within my budget were either in need of renovations or older, Victorian models that weren't appealing to me. I wouldn't necessarily say I have expensive taste, but many of the newer houses that I liked were well above my means.

When I found out that I could build and customize a house without breaking the bank, it seemed like a steal. I decided to talk to a realtor to learn more so I could set a savings goal for the future. To my surprise, I learned that I wouldn't actually need a 20% down payment of $37,800. This was a welcome relief to my wallet as that down payment would have been most of my current salary, over half of the median household income in the United States , and entirely out of the question.

Instead, I was told I would "only" need a $5,000 deposit, which was significant, but no longer impossible. With that in mind, I took the plunge and I'm currently in the process of building a new house priced under $210,000. I knew that I would need to save up for closing costs, furniture, and moving expenses, but I was still far away from reaching my target. And then I got lucky.

A year ago, I accepted a position as a tenure-track assistant professor that I'm scheduled to begin on July 1. Jobs in academia are a crapshoot, and I am under no illusions that I got my job offer on my own merits: it was, in part, because I was lucky. No amount of education, experience, charm, or talent can get you a job that, statistically , is nearly impossible to get because there are simply more PhD-holders than available professorships.

Nevertheless, I was offered a salary of $77,000, and during negotiations, I pressed my luck further and asked for $90,000 knowing that they wouldn't go that high. They countered with an $82,000 salary plus a signing bonus of $8,000, which I didn't even know was an option on the table. Again: luck. My bonus was supposed to be included in my first paycheck once I officially start next month, but I asked if they could give it to me ahead of schedule, and once more, luckily, they said yes. By early April, I had saved $13,000. And then I got lucky again.

My savings push coincided with the onset of the coronavirus pandemic. My classes suddenly switched to an online format and I no longer needed to be physically present on campus, so in April I broke my lease and moved back in with my family out of state.

Thousands of dollars in expenses rent, groceries, internet, electricity, gas evaporated or steeply diminished overnight. The CARES Act put my monthly student loan payments into forbearance, so now I don't have to pay until the fall. It also provided me with a one-time economic stimulus check of $1,200.

I started putting $1,000 from each paycheck into my savings account. Where I was previously struggling to save $2,000 a year, I was now saving $2,000 a month through no actions of my own. The coronavirus has devastated people all over the world; this is a painful time and in no way am I suggesting that it was "lucky" for millions of people to die and lose their jobs. Rather, I'm pointing out that unpredictable events completely out of my control, as well as the unearned privilege of being able to live with my family, allowed me to save an additional $7,000 in the span of three months.

Hard work should merit rewards, but that's not our reality

Here's the thing the conditions that made it possible for me to save so quickly and to start building a house were a series of unforeseeable events that had nothing to do with me. Many of us are shut out of homeownership without our family's generational wealth or some six-figure job. I have neither. What I had was luck.

You shouldn't have to be lucky to become financially stable. Hard work should be enough, but it's not. The fact that that's the case is a damning reflection of the myth of American meritocracy, and underscores that we need to change how we value, pay, and support workers in all professions.

From January to June, my savings went from $749.99 to $20,000 through pure, unadulterated luck. Any narrative that suggests that folks can save tens of thousands of dollars if they're savvy enough, or frugal enough, or responsible enough is a lie. It is impossible to build wealth without family support, luck, or some combination of the two. This tells us that the solution to wealth inequality is not simply for the poor to work harder; you cannot budget your way out of poverty. To say otherwise is irresponsible, dangerous, and cruel.

The system is rigged to make the rich richer and the poor poorer. The majority of American workers are employed by companies that use a traditional capitalist model of labor, under which CEOs and executives make millions, if notbillions, while paying warehouse stockers,grocery store clerks, and waiters less than $15 an hour.

The middle- and upper-middle classes, too, are victimized under this model. Many of those who comfortably earn $60,000 a year justify enormous income inequality because they've been seduced by the impossible possibility of also becoming millionaires or billionaires one day, if they only work hard enough. No executive works thousands of times harder than their employees; no executive can reasonably justify making absurd amounts of money while their lowest-paid workers struggle to feed their families. Popular cultural attitudes have allowed this pervasive trend to go unchecked, all while emphasizing that there's a special "secret" to upward mobility.

There is no cheat code.

You can't pull yourself up by the bootstraps if you don't have boots in the first place. In my case, I stumbled into some boots and they happened to fit. Any economic system that relies on luck, privilege, and generational wealth is deeply flawed. There has to be a better way, and it's up to us to find it.

Dr. Nneka D. Dennie is an assistant professor of history. When she's not in the classroom, you can find her writing about Black feminism, trying new recipes, or watching the latest Netflix craze.