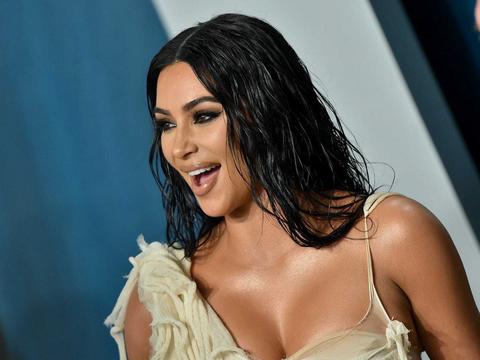 Kim Kardashian West's beauty brand now has a $1 billion valuation after a $200 million investment from Coty , but that doesn't necessarily mean that the reality television star is a member of the three comma club.

Media outlets from Vanity Fair to The Daily Mail have started calling Kardashian West a billionaire following the deal, but the reality is likely much more complex. Forbes estimates Kardashian West's net worth to be more like $900 million , saying that the company's "sky-high" valuation likely has more to do with its social media presence than actual revenues.

KKW Beauty's new $1 billion valuation means only that the company is projected to be worth $1 billion based solely on the price of Coty's new investment , not that it currently has or has ever made $1 billion. As a result, such valuations are routinely written down when used to calculate the company owner's net worth. Forbes , for instance, says it prefers to "lop off" at least 10% of private assets like that when estimating a person's net worth.

Furthermore, Forbes doesn't think Kardashian West is KKW Beauty's sole owner. The magazine estimates that Kardashian West's mother Kris Jenner owns 8% of the business, though neither responded to Forbes' request for comment regarding their stakes in the beauty brand.

Kanye West lobbied hard for his recognition in the three comma club, but Kardashian West probably isn't there yet

An analysis of Kardashian West and her husband Kanye West's finances during the latter's bid to be added to Forbes' Billionaire List earlier this year showed that the couple owns $35 million in stocks, $21 million in real estate, $3,845,162 worth of vehicles, and $297,050 of livestock, but it is unclear how these assets are divided between them or if they are divided at all. ( Forbes did say that West and Kardashian West share $53 million in debt, however.)

Kardashian West also owns shapewear brand Skims and earns money from sponsored social media posts and appearing on her family's reality television show "Keeping Up with the Kardashians." In order for her to officially be added to the three comma club, all of her assets would have to total more than $1 billion with her debts subtracted from that total. There's no indication that this is the case for Kardashian West yet, so it is likely premature to call her a billionaire based on the new valuation of KKW Beauty alone.

Kardashian West's youngest sister Kylie Jenner was in a similar situation in March 2019 when Coty, the same company that just invested in KKW Beauty, bought a majority stake in Jenner's company Kylie Cosmetics, which raised its valuation to $1 billion as well. Forbes declared Jenner the world's youngest self-made billionaire, only to revoke the title in May, saying that Jenner had spun a "web of lies" to exaggerate her company's profits for years. Jenner has denied ever misleading the magazine about her finances.