The newly sworn-in President of Burundi, Evariste Ndayishimiye has named his cabinet members. 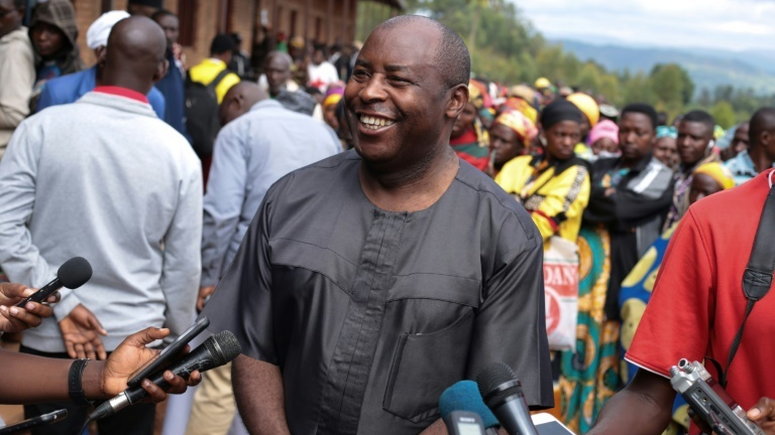 The cabinet which he has reduced from 23 to 15 includes two officials sanctioned by the US and European Union.

Mr Ndayishimiye’s cabinet is made up of a prime minister and 15 members.

The major task of the cabinet currently is to turn around the country's economy, security and improve relations with its neighbours, especially Rwanda.

Burundi's top diplomat to the UN Albert Shingiro has been appointed the foreign affairs minister.

While a former police chief Gervais Ndirakobuca has been named the minister for interior and security.

Mr Ndirakobuca and Prime Minister Alain-Guillaume Bunyoni were sanctioned by the US and EU for their suspected role in violence and human rights violations during unrest in 2015; when the then president, the late Pierre Nkurunziza, pushed for a third term.

The president also maintained Thaddée Ndikumana as health minister even though many have criticised the previous administration’s style of handling the coronavirus pandemic in Burundi.

Five women have been appointed to lead the ministries of justice, labour, trade, and tourism, social affairs and human rights, and communication.

will Smith set an example

JOURNALIST THREATENED BY ZICTA OFFICIALS OVER STREAMING OF 'BUSH' PROTEST