Mason Greenwood and Bruno Fernandes were on target as Manchester United stretched their unbeaten run in the Premier League to eight games. 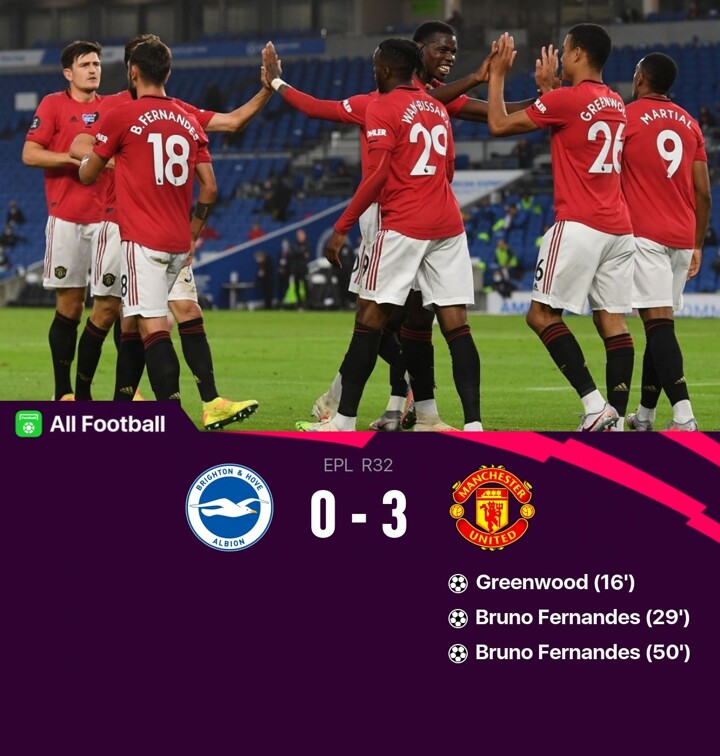 Manchester United's push for a top-four spot continued on Tuesday as they cruised to a 3-0 win over Brighton and Hove Albion at the Amex Stadium. United wasted little time stamping their authority on the game as strikes from Mason Greenwood and Bruno Fernandes put them two up before the half-hour mark.

Greenwood was the provider for Fernandes' second after 50 minutes as Ole Gunnar Solskjaer's side made it eight games unbeaten in the Premier League.

We simulated Chelsea vs Norwich to get score prediction