A San Francisco district supervisor has renewed debate about the name of the city's public hospital, which is named after Mark Zuckerberg and Priscilla Chan. 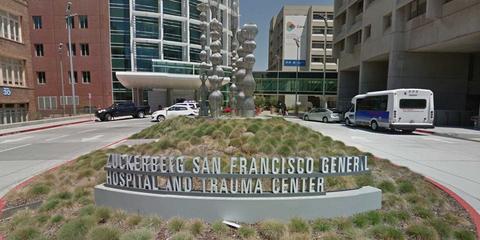 A San Francisco politician has suggested removing Mark Zuckerberg's name from a hospital the Facebook founder donated $75 million to, citing widespread criticism of the company's approach to hate speech.

Matt Haney, who is supervisor of the city's District 6, tweeted about Facebook's recent desertion by advertisers in a long thread and asked: "Why is his name still on our SF public general hospital?"

Haney, a Democratic Party member, also referred to Zuckerberg's donations to Republicans and a what he called his "cozy" relationship with President Donald Trump, whose posts have thrown Facebook into chaos and prompted an advertiser boycott.

(Zuckerberg has contributed to the campaigns of both Republicans and Democrats, according to ThoughtCo .)

Haney's is one of the latest denunciations in a turbulent period for Zuckerberg as more and more companies , including Verizon, Coca Cola, Starbucks and Unilever, pull their advertizing spend from Facebook.

The advertisers' move is spurred by the company's hate speech moderation policies, which are being tested by Facebook's decision not to remove an incendiary post by President Trump which alluded to shooting protesters .

The boycott is estimated to have wiped at least $7 billion from Zuckerberg's fortune, though commentators have said it may not do lasting damage to the company. 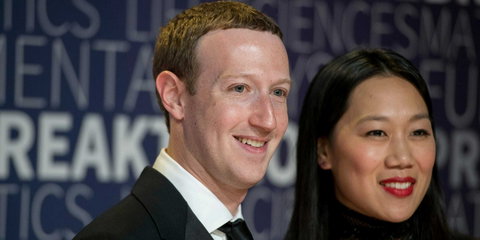 In San Fransciso, the furore only renews a longer-running campaign to remove Zuckerberg's name from the building.

The hospital was officially renamed the Priscilla Chan and Mark Zuckerberg San Francisco General Hospital and Trauma Center in 2015, after the Facebook founder and his wife donated $75 million to its foundation . Chan formerly worked there as a pediatrician.

The name is to last 50 years, according to the San Francisco Chronicle . (Zuckerberg's name but not Chan's appears on the side of the building, logo and on the hospital website.)

In his Twitter thread, Haney cited examples of companies walking away from Facebook and wrote: "I'm well aware that he made a donation. It was before I was on the board. There are options to still remove it."

(Haney was referring to his role on San Francisco's board of supervisors, rather than the hospital.)

Haney said that the $75 million donation the largest ever given to a US public hospital is "incredible." But he argued that philanthropic naming rights should never be "sold," as "Health care is a right."

In late 2018, another district supervisor, Aaron Peskin, called for the name to be removed, according to the San Francisco Chronicle . According to the paper, a number of nurses shared his concerns.

Peskin cited Facebook's role in the Cambridge Analytica scandal, the paper reported. In early 2018, the company admitted it had mishandled the data of around 87 million Facebook users, and received a $5 billion fine. Peskin also referred to the company's efforts to discredit critics through the use of a political consulting firm, the paper reported.

According to the paper, the terms of the donation from Zuckerberg and Chan do not discuss what happens if the name were to be revoked.

The hospital did not offer an opinion on the renaming in 2018, the paper reported.

Hospital CEO Susan Erlich sent a statement to the paper saying: "Naming is an important convention in philanthropy that encourages additional donors ... We are honored that Dr. Chan and Mr. Zuckerberg thought highly enough of our hospital and staff, and the health of San Franciscans, to donate their resources to our mission."

How To Prepare Fish Cake

THE POWER/EXERCISE OF THE MIND